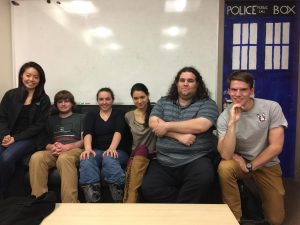 Boston Green Team, a joint collaboration between Boston University, Umass Boston, and MIT, chose the green theme to show that they’re committed to running code efficiently, and in doing so saving the planet and advancing the frontier of what’s possible.

“We’ve experimented with green architectures in the past, at ISC we ran an 8-node NVIDIA Jetson TX1 cluster. At one point the power draw was so low that the PDU showed us at zero watts,” stated Boston Green.

Although they’ve worked hard to build teamwork and get ready to hurdle obstacles — meeting twice weekly to prepare for the Student Cluster Competition at SC16 — they hit a speed bump on their way to Salt Lake City.

“Our scariest obstacle was when we showed up to the airport to check our nodes and found out that Delta would not check computers. Our argument that our big boxes were not computers and just expensive heaters did not convince them .  But they did get on board and landed in SLC four hours and 12 minutes later,” the team stated.

They’re relying on their great team spirit and perseverance to compete against the other 13 teams. And their theme song reflects this: “Under Pressure” by David Bowie. 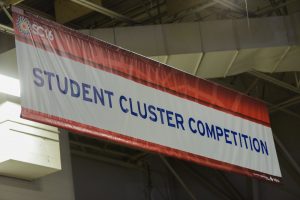 “We’re all new to SC, so we’re really excited to meet other people who are passionate about HPC and learn a lot. We have a friendly rivalry with the other Boston-based team, Northeastern University, so we’re excited to go head to head, gpu to gpu, cpu to cpu and battle it out for the top spot.”

That friendly competitiveness carries over to their free time, which they like to spend playing geeky games such as Dungeons and Dragons and Magic. “We occasionally host python spelling bees. Boston is really cold in the winter so we hunker down in the server room and run HPL to keep warm,” said the Bostonians.