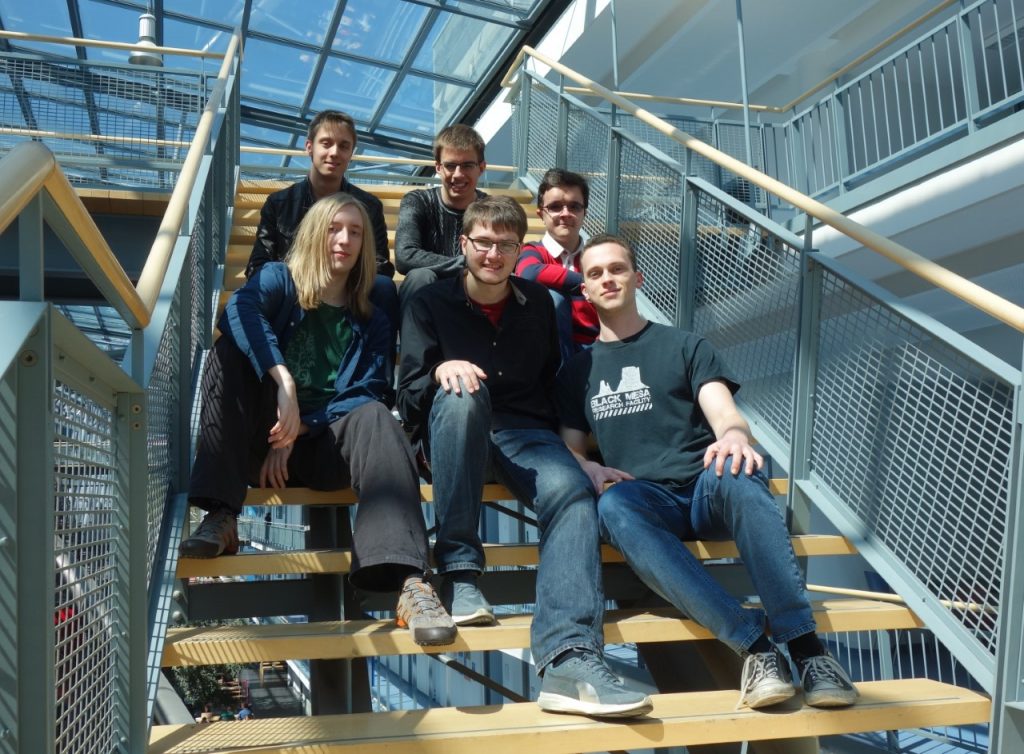 In making their second run at the SCC, the team from the Technical University of Munich (TUM) has a couple of obstacles to overcome. The first was choosing a name. “In terms of punnies, we have to live up to our university’s previous team called TUMuchPhun. In order to beat this we had to surpass the simple pun and use the name to convey a full story. Thus we are the PHIClub!” But being from Germany, they also had to have a list of rules to go along with the name:

“With our totally enforced set of rules and PHI experience, we are (hopefully) sure to dominate the ring,” the team says of what will give them an edge. And their competitive mentality will be boots with their two main Pu…Slogans:
– There is no PHI not worth PHIting!
– We’ll make any PHI phun!

The second obstacle could be more daunting — a four-hour layover in Houston, stretching their travel time to 19 hours. Here’s how they see that bout playing out:
– Round 1: Munich -> Houston (12h)
– Round 2: Surviving Houston airport (4h)
– Round 3: Houston -> Salt Lake City (3h)

But they figure it will be worth the effort as the PHIClub looks forward to any competition and especially enjoys friendship born from rivalry. “A good PHI is all we need.”

And when it comes to having fun outside the university, “We PHI of course! As to be expected of PHIClub team members, several of us are proficient in martial arts such as jiu-jitsu and karate. Not only that, but of course C++, Java and Python, too. We test our wits and train ourselves in epic battles of German board games and even have a team member keeping himself in shape with ultimate frisbee!”

So what do they crank through their headphones to keep them motivated? “Against all expectations our theme is not the Fight Club soundtrack, but instead it’s the Mortal Kombat soundtrack. The more energetic and quick paced music of Mortal Kombat fits the competition’s theme better. (And is at least as iconic as the Fight Club one).”

And the team’s interesting fact is like one of those math word problems:
“Our team has the same number of different citizenships as team members, despite having three members who only have German citizenship.”