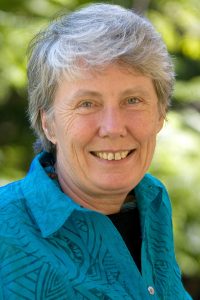 Dr. Maria Klawe began her tenure as Harvey Mudd College’s (HMC) fifth president in 2006. Prior to joining HMC, she served as dean of engineering and professor of computer science at Princeton University. Klawe joined Princeton from the University of British Columbia (UBC) where she served in various roles from 1988 to 2002.

Prior to UBC, Klawe spent eight years with IBM Research in California and two years at the University of Toronto. She received her Ph.D. (1977) and B.Sc. (1973) in mathematics from the University of Alberta. Klawe is a member of the nonprofit Math for America, the chair of the board of the nonprofit EdReports.org, a fellow of the American Academy of Arts & Sciences, a trustee for the Mathematical Sciences Research Institute in Berkeley, and a member of the Canada Excellence Research Chairs Selection Board.

She is the recipient of the 2014 Women of Vision ABIE Award for Leadership and was ranked 17th on Fortune’s 2014 list of the “World’s 50 Greatest Leaders”.