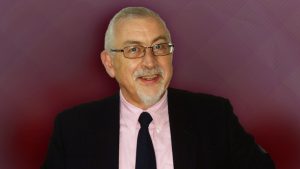 Ron Perrott, an international leader in the development and promotion of parallel computing, will receive ACM’s prestigious Distinguished Service Award. He will be formally honored at the ACM Awards Banquet on June 11 in San Francisco, California.

Perrott was selected by his peers for providing vision and leadership in high performance computing and e-science, championing new initiatives and advocating collaboration among interested groups at both national and international levels. Perrott has been an effective advocate for high performance and grid computing in Europe since the 1970s, working tirelessly and successfully with academic, governmental, and industrial groups to convince them of the importance of developing shared resources for high-performance computing at both national and regional levels.

He has striven to increase awareness of the benefits which broadening the scope of computational science and data science could bring, by playing an instrumental role in the development of e-science initiatives. In addition to his activities within the British and European computing communities, he has given significant service to the broader international community, including the development of programs to stimulate and increase international participation in major computing conferences, and serving as chair of the ACM Fellows Committee.

Perrott’s efforts to advance parallel processing include being chair of the UK’s High Performance Computing Strategy Committee and a founding member of both Euro-Par, the premiere European conference on parallel computing, and the ACM Special Interest Group on High Performance Computing (SIGHPC). Perrott has been consistently at the forefront of the promotion of high performance computing since he worked at the NASA Ames Research Center in the 1970s on what is regarded as the world’s first high performance computer, the ILLIAC IV.

Perrott chaired a European Union Working Group on grid computing and was an initiator of the EU Network of Excellence in grid computing, which involved over 40 institutions. Perrott was also a founding member of the UK Computing Research Committee and has contributed to strategic IT developments in over 12 countries worldwide.

High performance computers are the fastest available computing devices and are leading agents in furthering the development of computing and extending the scope and variety of its applications — they have been at the forefront of technological advances in much the same way as Formula1 motor racing technology has pioneered improvements in commercial vehicles. Over the years HPC has been instrumental in the creation of component technologies which have surprisingly rapidly percolated down into computing devices now in common and widespread use. For example, current laptops/mobile devices have the power of the supercomputers of the 1990s — such has been the speed with which the technologies have been exploited.

Perrott is a visiting professor at The University of Oxford’s e-Research Centre and a former director of the Belfast e-Science Centre. He has been named a Fellow of the ACM, IEEE and the British Computing Society.