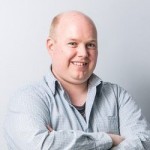 Jamie Curtis is the Head of Technology Strategy and Architecture at REANNZ. He participated as a SCinet volunteer in 2015. The following is his recap of the experience.

Every year for the past 25 years a group of volunteers gather to build one of the world’s fastest networks, only to then tear it down a few weeks later. The network is called SCinet and is built to support SC, the world’s premier high-performance computing (HPC) conference. SCinet supports the demonstration of advanced HPC applications and experiments and brings the distributed world of HPC across the globe to the conference floor.

Last year I was invited to join the SCinet team to help build the network for the SC15 conference. For this conference, we constructed a network that delivered over 1.6 Tbps of capacity between the conference venue in Austin, Texas and HPC facilities and R&E networks worldwide. While supporting the demonstration of research at the conference, SCinet itself also plays a role in the research and development into next generation networking. SCinet acts as a test-bed for network technology, technology that may go on to underpin the future of data intensive science.

By every figure, the network that was built was impressive. As well as delivering a total of 1.63 Tbps of bandwidth to the conference, over 140 km of fibre was deployed to distribute it around the exhibit floor. Over US$22 million worth of equipment was loaned from vendors to build the network, spread over 7 distributed NOCs around the venue. There were over 300 access points providing access to the network to every attendee, as well as over a hundred switches deployed throughout the venue. Approximately 14 100 Gbps connections were delivered to exhibitors plus over 100 10 Gbps or 1 Gbps connections. The network takes a year of planning, 3 weeks to build, is operated for less than a week and packed away in under 24 hours.

Just some of the talented SC15 SCinet volunteers.

However, perhaps the most impressive number is that there were over 130 volunteers from over 15 countries who created this network. In this figure lies perhaps the largest benefit of being part of this event – the chance to work alongside some of the most talented members of our community all motivated towards a common goal. Despite the time pressure to deliver a network before an absolute deadline, the camaraderie throughout the team was amazing. Being a first timer to SCinet, I was warmly welcomed and made to feel at home while being able to learn from peers from a wide range of backgrounds and fields.

As well as learning through collaboration I was also able to get hands on experience with some of the latest equipment from a number of vendors plus experience with vendors that REANNZ has never interacted with before. The network is deliberately built using a diverse set of vendors. This year the network included equipment from Juniper, Arista, Cisco, Brocade, Infinera and Ciena, to name just a few.

Alongside deploying the latest released products, SCinet tries to also experiment with the latest advances from research. This year marked the first year of an operational deployment of SDN inside SCinet with a large number of booth connections delivered by OpenFlow controlled equipment. The solution was based on Brocade ICX switches run via an OpenDaylight controller. While there were many lessons learned through the show, the experiment was very successful with most booths not realizing there was anything unusual about their connection. This is just one example of the types of trials that are possible at SCinet that wouldn’t normally be possible on production networks.

As well as bringing back all of these experiences to my team, participating had wider benefits for REANNZ and the our local community. As far as I am aware, this marked the first invitation to participate in the SCinet team for anyone from New Zealand. Participation raises the international profile for all of New Zealand’s eScience community and further promotes the fact that New Zealand has world class research infrastructure supporting world class researchers.

Have an interesting SC experience?  We want to hear from you! Send your write-up to communications@info.supercomputing.org and you just might see it here in the future.